Two young and brilliant experts share information that basically proves that President Trump won the 2020 election. Below are their insights.

The first young gentleman to share reasons why President Trump won the election is Pearson Sharp at OAN. Mr. Sharp’s presentation was excellent and was tweeted by the President.

When all the data is analyzed and all the fraud uncove red, it is very clear that President Trump won the 2020 election and Joe Biden is attempting to steal it. More…

This is not going away!!!

Every one of us who voted for Trump believes that the only reason Biden appeared to walk away with more votes was because of massive election fraud.  On Tuesday, during her morning show, Maria Bartiromo dropped what must be, in this crazy year, the mother of all bombshells.  According to Bartiromo, an intel source told her that Trump won the election.  It’s now up to the Supreme Court, said the source, to stop the clock from running so the proper election result can be implemented, returning Trump to the White House.

Americans are used to losing elections.  In a two-party system, after all, one side always loses.  Traditionally, the losing party licks its wounds and works to do better next time.

That changed in 2016, when Democrats refused to accept that Trump had won the election.  Without any vote fraud or manipulation, they ginned up a Russia collusion hoax that was long on paranoia and short on facts that showed how Russia got Americans to vote for Trump.  The whole thing fell apart with the Mueller Report’s reluctant admission that there was no collusion.

In 2020, things are different: there are dozens of proofs that Democrats gamed the election.

Some of what they did was just dirty politics.  For example, they used the Wuhan Flu to destroy Trump’s crown jewel: the American economy.  That wasn’t fraud; it was just evil because it meant destroying the livelihoods, savings, hopes, and dreams of millions of Americans.

Democrats also relentlessly castigated Trump as a singularly evil man, right up there with Hitler.  Credulous people believed this.

Democrats also accelerated their years-long efforts to destroy election integrity.  In the past, they jettisoned voter ID, implemented motor-voter registration, resisted cleaning old voter rolls, made it easier for illegal aliens to vote, and authorized ballot-harvesting.

The Wu Flu allowed them to go to town with universal absentee ballots, mail-in voting, and the abolition of ballot deadlines.  Indeed, some states got so excited that they forgot to have the Legislature sign off on these changes, making invalid all votes that came in via these illegitimate means.

Big Tech and the media helped.  Big Tech flooded Democrat zones with money and systematically silenced conservatives, right up to Donald Trump himself.  Most nefariously, tech and the media blacked out all news about Hunter Biden’s and Joe Biden’s corrupt entanglement with China.

There was also old-fashioned cheating: phony ballots, dead voters, endlessly re-counted ballots, and voting machines that were intentionally set to alter votes.  Multiple analyses revealed that even if one accepted that the majority of the mail-in ballots counted after the physical polls closed were for Biden, those ballots still were insufficient to elect him.  Bizarre spikes, fake shutdowns of counting, and mathematically impossible increases in vote counts all pointed to Venezuelan voting machines doing for Biden what they’d done for Chávez and Maduro.

Evidence other than the polls also predicted with virtually 100% certainty that Trump would win.  Trump massively increased his support with minorities, while Biden lost black support in the Rust Belt, Trump won the all-important cookie votes, Trump had extraordinarily long coattails while Biden had none, and Trump’s voter enthusiasm was through the roof.

Another giveaway was that Democrats only pretended to campaign.  Biden hid in the basement and wouldn’t talk to the media — and Kamala hid, too.  They knew that the fix was in, so why bother?  Fox News gave the game away when it insisted that Arizona was a Biden state long before there were sufficient data to make that call.

Despite this evidence, the courts have been craven.  While leftists crow that Trump and his allies keep losing in court, Trump-supporters have noticed that the courts have consistently refused to look at the evidence.  So far, the Supreme Court has been just as bad.

And that gets us to Maria Bartiromo’s Tuesday-morning bombshell.  According to Bartiromo, an intel source reports that the Supreme Court is the only thing that can stop the fraud:

Maria Bartiromo: “An intel source told me President Trump did, in fact, win the election. He says that it is up to the Supreme Court to hear suits from other cases across the country to stop the clock. This follows the high court’s refusal to hear the lawsuit from Texas Attorney General Ken Paxton.”

Trump’s been remarkably quiet.  Maybe this is what he’s been waiting for.

When I first listened to Rush Limbaugh as a 12-year-old child in my grandpa’s car, I had no idea that I would launch a talk show-hosting career myself, or what I would learn from Limbaugh’s show and from whom I would learn it. Enter Walter E. Williams, noted free market economist, fervent individual liberty advocate, syndicated columnist, prolific author, and John M. Olin Distinguished professor of Economics at George Mason University.

For many years, Williams suffered no fools as he regaled Limbaugh listeners on the fundamentals of free markets and the virtues of limited government. As a frequent Friday guest host, he always centered his shows on these tenets and applied them to real-world happenings.

Editor’s note: I had the pleasure of meeting Mr. Williams, a guest speaker, at a CPAC conference in ’94 if I recall correctly. The famed economist was witty, personable and a delight to listen to as he packed his presentation on economics (of course) in layman terms that an attentive audience could latch onto.

This has really hit a nerve with the MSM talking heads madly spinning in their circles of dribble, but who cares?!

President Trump gave an address Wednesday afternoon on the election that was recorded at the White House and posted to Facebook. In the 46 minute long video, Trump lays out his case for contesting the presidential election in key swing states.

Rest of the story and video…

Reprehensible, outrageous, grotesque.  One could go on utilizing every adjective in the English language and it would not be enough to describe the deceit, lies and bias by the MSM since election day.

The MSM and that includes FOX News Network, have been maniacal in their efforts to convince the American people Trump lost the election.  “Repeat the lie often enough” and “the bigger the lie more will believe it” has been their modus operandi. More…

It is clear the Pennsylvania 2020 election was wrought with fraud and criminal conduct.
President Trump led by nearly 700,000 votes on election night.
Democrats dumped hundreds of thousands of votes to steal the state from the Trump Campaign. More…

Let’s move on from the 2020 election for a second. 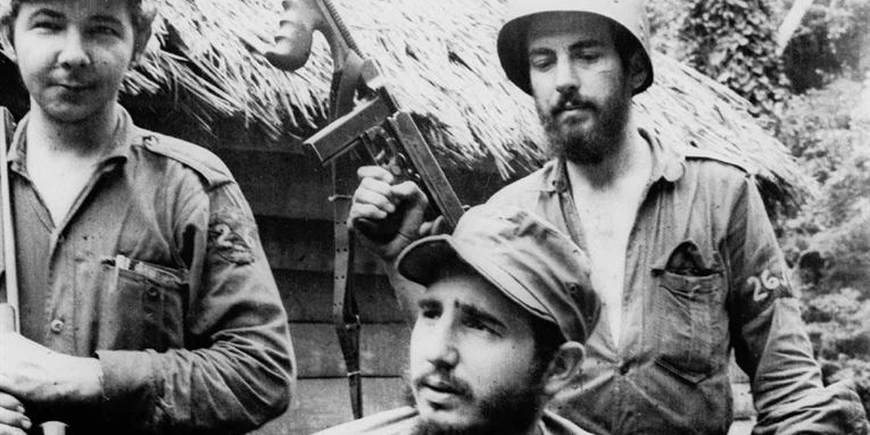 Let’s move on from the 2020 election for a second. In four years, we’re going to have another presidential election and many more after that. In the interim years, we have the midterms. And while this cycle will continue, the Democratic Party’s leftward lurch will probably become more explicit. Sen. Bernie Sanders (I-VT) wasn’t successful in clinching the Democratic nomination in 2016 or 2020. He has a following. He has a devoted base, but black Democrats in the south were the firewall against a total socialist takeover. That will not last. There will be a Democrat of the Sanders-Alexandria-Ocasio-Cortez mold who will be able to do well enough with this key demographic south of the Mason-Dixon line to win the nomination. Will that be in 2024, 2028, 2032? We shall see, but a recent poll from the Victims of Communism Memorial Foundation does not bode well. It not only highlights a threat to the country, but also zeroes in on how our education system has either a massive blind spot or has totally failed in educating younger generations about the authoritarian, corrupt, and murderous history of far-left politics. More…